The Chance to Beat All (CTBA) represents the probability that a variation will perform better than the control version of your website or mobile app. For example, a chance of 60% means that the variation is likely to perform better than the control 60% of the time. This value also means a 40% chance that your results are completely due to a random chance. 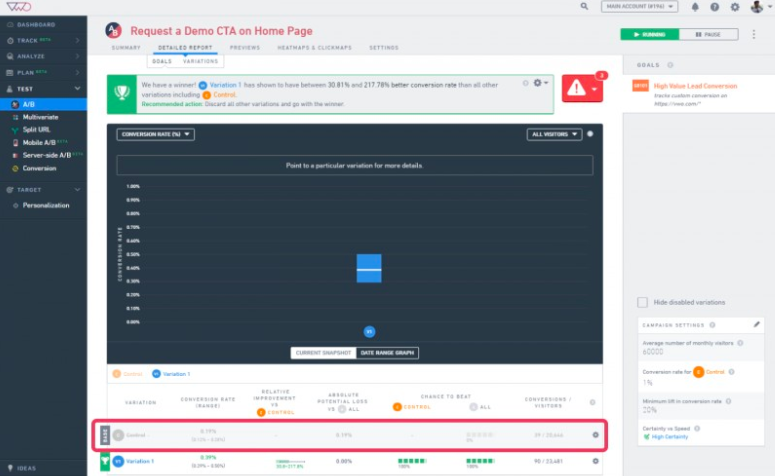 Please note that VWO calculates the chance to beat based on the test threshold settings you have defined in Settings > Campaign Settings.

To determine the chance to beat a variation, VWO calculates the: 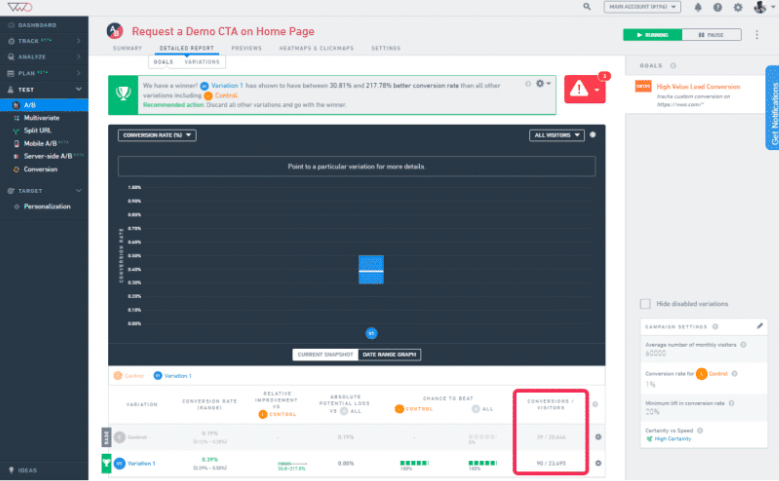 For example, consider that you are running a test to review the new design of your landing page. The control receives 894 visits, of which 423 are converted. On the other hand, the variation receives 863 visits, of which 458 are converted. These values imply that the conversion percentage value of the control is 47%, and that of the variation is 53%.

If you repeat the same test multiple times, you will likely get a different value of p (or conversion rate of a variation) every time. This happens because, in statistical terms, we’re sampling, and like every sample, there’s a range of errors associated with it (because it does not cover the entire population). To avoid repeated tests, we can use the already established statistical formulas to calculate the standard error to determine how much deviation from the average conversion rate (p) can be expected from the test results. The deviation is the range within which the conversion rate is usually found. Smaller the deviation, the more confident you can be about estimating the true conversion rate. For a given conversion rate (p) and the number of trials (n), the standard error is calculated as:

To get a 95% range for the conversion rate, multiply the standard error value by 2 (or 1.96 to be precise). You can be sure with 95% confidence that your true conversion rate lies within this range: p% ± 2 * SE. 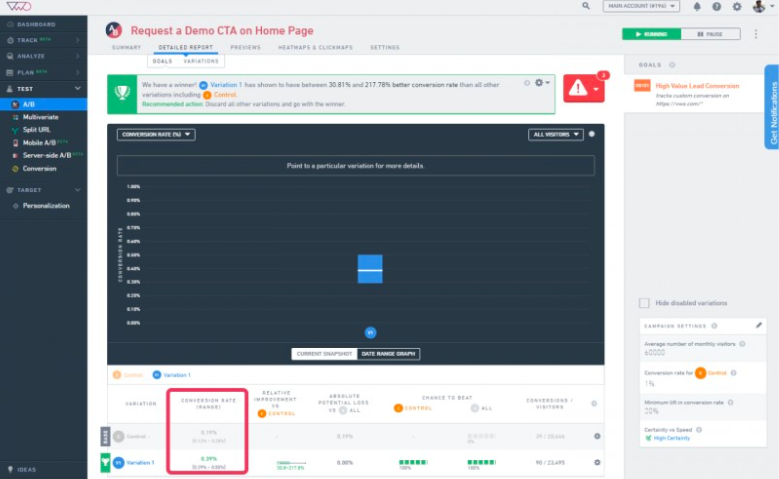 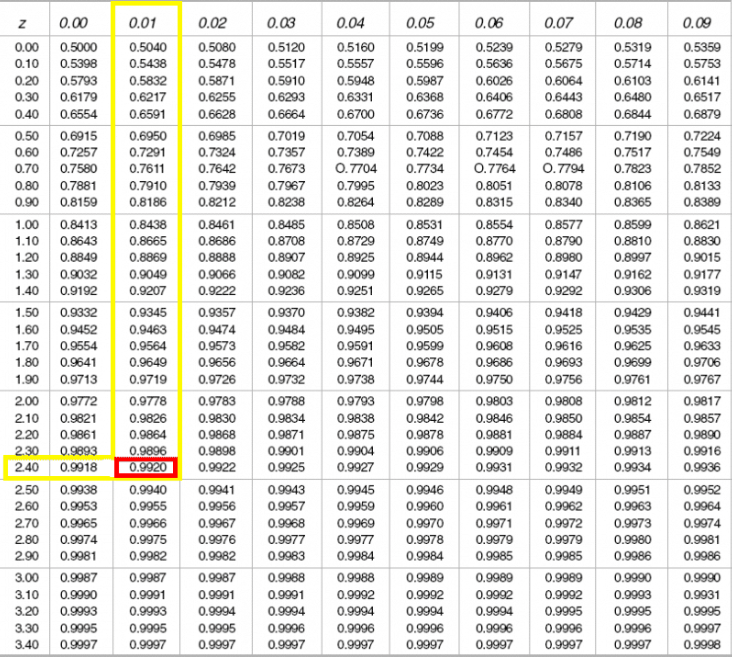