In the CRO world, when we talk about hypothesis testing, we typically mean testing different ideas against an observed problem or opportunity. But do you think there could only be one or two ideas to test? Of course no. The list of ideas could be infinite and to test each one of them, time and resources are required.

With this being said, one might have the following questions- Which hypotheses should be tested? Which ones should be deprioritized or just thrown away? Thus, you must figure out the potential hypothesis to test first and spend more time on, i.e., you need to identify the order in which they will be tested. In other words, you must prioritize your hypothesis.

In this article, we will explore how you can prioritize your hypotheses in VWO.

In VWO, once you have created an observation and formed a hypothesis around it, the next step is to prioritize each hypothesis.

Prioritizing helps you sort your hypotheses in a scientific manner. The closer a hypothesis is to the top of the list, the higher is its priority. To prioritize your hypothesis, VWO comes with a rating system that helps you rate (higher or lower) a hypothesis you feel has the maximum probability of accomplishing the change in conversion towards the desired direction.

While you create a hypothesis, the option to rate it appears in the Prioritization Score section. 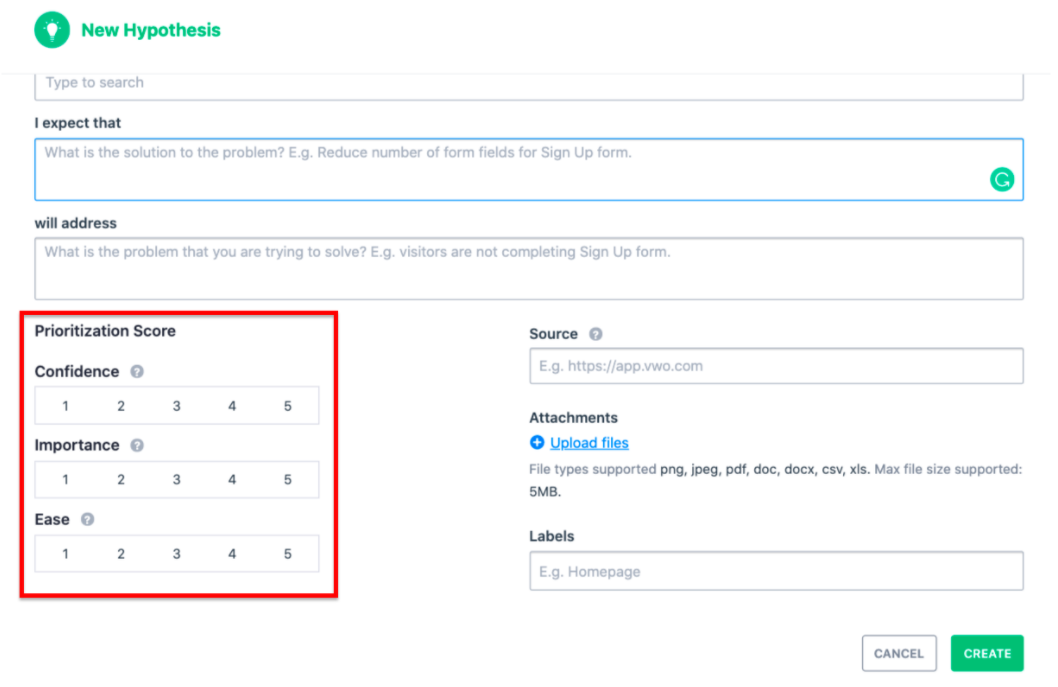 You can rate a hypothesis based on the following parameters:

Things to Consider While You Rate Your Hypothesis

The purpose of prioritizing is to ensure that you are running the most relevant tests for the business and getting the best ROI on your tool and people, however, there are other factors too that you must consider when prioritizing tests: