In the world of website experience optimization, a hypothesis is an assumption that a proposed change on your website would increase customer engagement. The hypothesis includes details about why the observed issue happened, who does it affect, what parts of the website are impacted, and how well your hypothesis can solve the issue. The stronger the hypothesis, the higher are the chances of an uplift.

The structure of a basic hypothesis follows a CHANGE: EFFECT (if...then) framework, i.e., changing one thing into another will result in something. The changes could range from something as small as a change in the headline or call to action button to more extensive things like a change in page layout or website flow.

Example#1: Removing the optional fields from the signup form will increase the signups.

To ensure that your hypotheses can be proved or disproved by an experiment, consider the following  while forming a hypothesis:

The hypothesis lifecycle starts with a proposition that might fix the problems on your website. Once you have formed a hypothesis by listing down all the what and why’s, you make relevant changes to your webpage and create a variation. Next, you compare the performance of your variation with the original webpage. 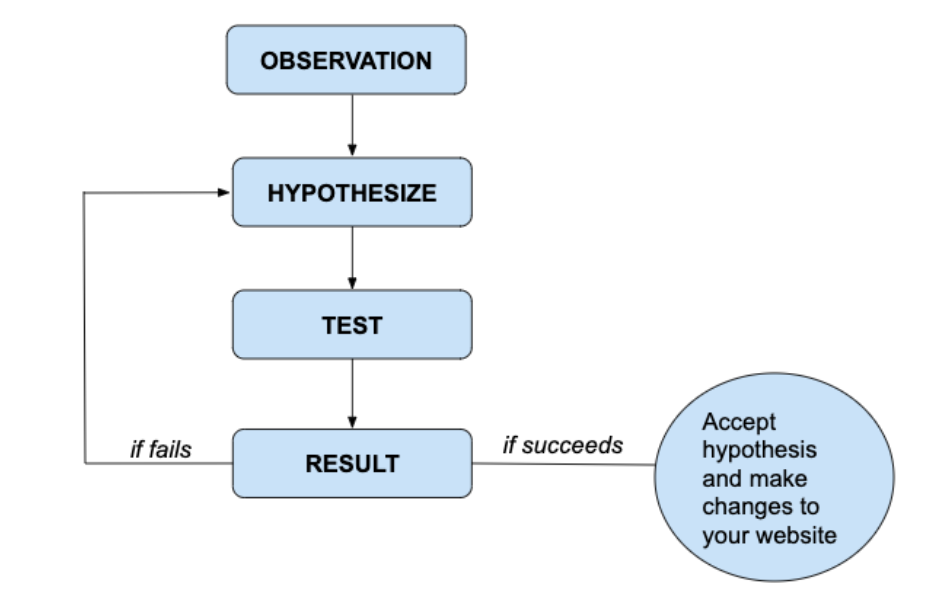