After you create observations and build hypotheses around them, the next step is to prioritize each hypothesis.

Prioritizing will help you sort the multiple hypotheses in a scientific manner. The closer a hypothesis is to the top of the list, the higher is its priority. There is a rating system in the dashboard to help you choose a hypothesis you feel has the maximum probability of accomplishing the change in conversion towards the desired direction.

Every time you create a new hypothesis, you are presented with the option to rate the hypothesis by giving it the Prioritization Score. 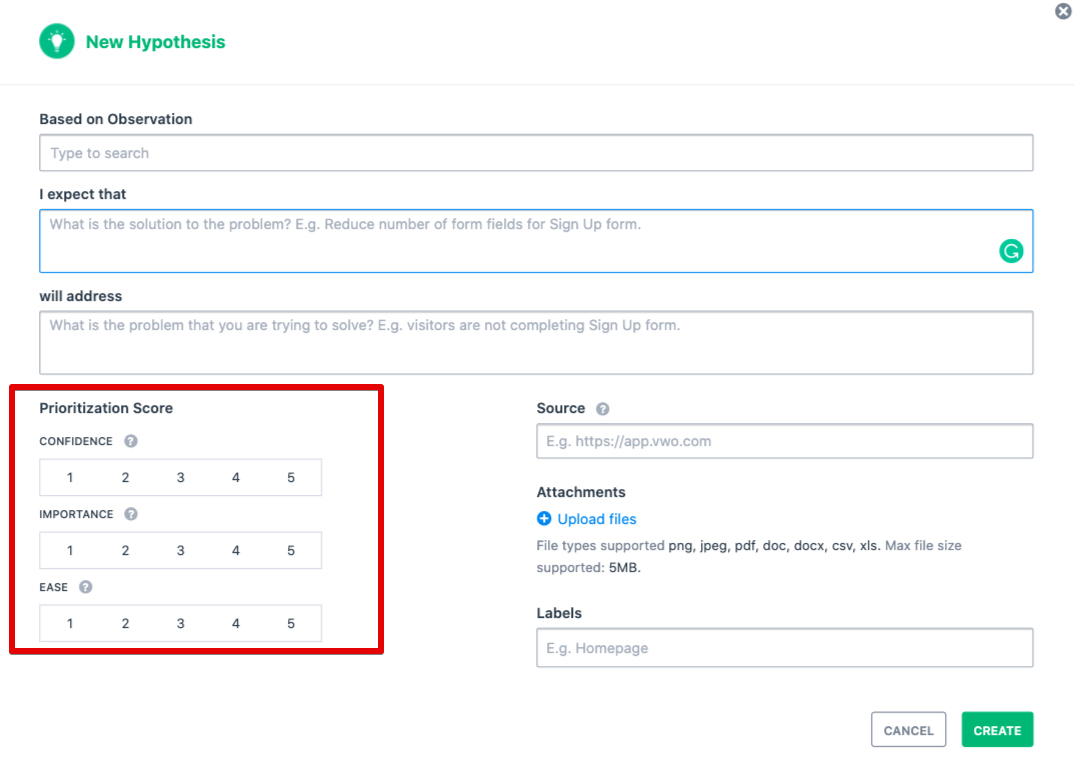 There are three parameters you must rate on a scale of 1 to 5:

Considerations before you rate your hypothesis

How confident are you of achieving the uplift?

Prototyping the user persona you are targeting can help you in determining the potential of a hypothesis. With a sound understanding of your audience, you can make an educated assumption on whether the hypothesis will address the users’ apprehensions and doubts and nudge them to convert.

How valuable is the traffic you are running this test for?

Your website may be attracting visitors in large numbers, but not all visitors become buyers. Not all convert. For example, a hypothesis built around the checkout page holds a higher importance than the one built around the product features page.

How easy is it to implement this test?

Next comes determining the ease of implementing your test. Try to answer some questions: Would it require a lot of strategizing on your part to implement the hypothesis? What is the effort needed in designing and developing the solution proposed by the hypothesis? Can the changes suggested in the hypothesis be implemented using just the Visual Editor, or does it warrant adding custom code?