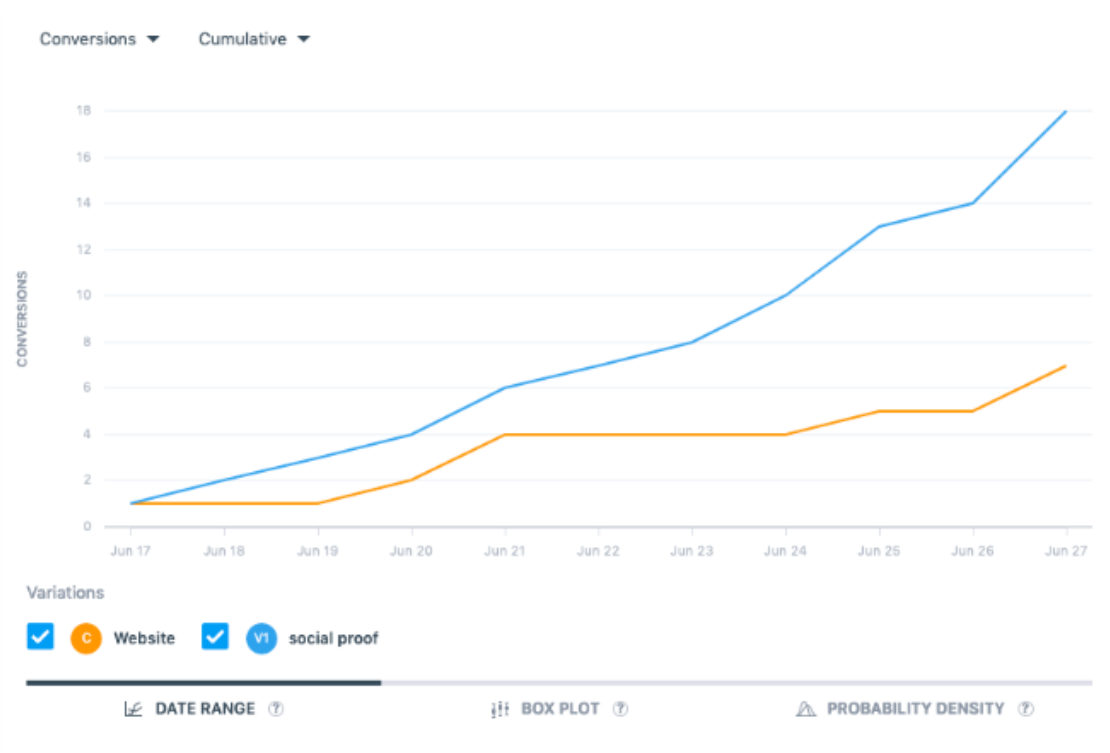 For this, we need to stop looking at the conversion rate as a single value. A single value is almost never going to be accurate if we are trying to compute it using data collected over a short duration. Instead of expressing the number of conversions as a percentage, SmartStats calculates a conversion rate range where the true conversion rate lies with 99% probability. The more data it collects, the smaller this range of the highest likely values gets.

Smart Decision
We call a variation a Smart Decision when its potential loss is below the threshold of caring and its chance to beat baseline is more than or equal to 95%.
Note: To declare a variation as a winner or a smart decision, VWO requires a minimum of 25 conversions per variation, 1500 visitors for the test, and the test must be running for at least a week.

With the new Bayesian model, you do not need to enter the settings under the Goals section anymore to calculate the estimated duration for the test. Instead, we would collect the data for the first week for the campaign and would use it as a baseline for calculations.

PRO-TIP: You can analyze the revenue data collected from other VWO tests, GA, or other analytics tools to get an estimate of the revenue per visitor.