In VWO, you can seamlessly deploy the winning variation (or any other variation) of a test with a single click. All you need to do is, click on the Deploy option present in VWO. With this feature, you can quickly deploy a variation on the go wherever you are, using hand-held devices such as a mobile, tablet, etc. You don't need to be near your desktops or laptops to deploy a variation.

NOTE:
1. As of now, the Deploy feature is only available in A/B test campaigns.
2. If Control is the winner, the Deploy instantly option does not appear on the UI.

Don't Have a Winner Yet, But Wish to Deploy a Variation?

Yes, you can achieve this in VWO by using the Deploy Variation option. It is an easy two-step process that copies all the configurations from your existing test campaign and creates a new deploy campaign. Here, you also have the option to modify the configurations of the new campaign before starting it. For example, add mobile traffic in targeting conditions. 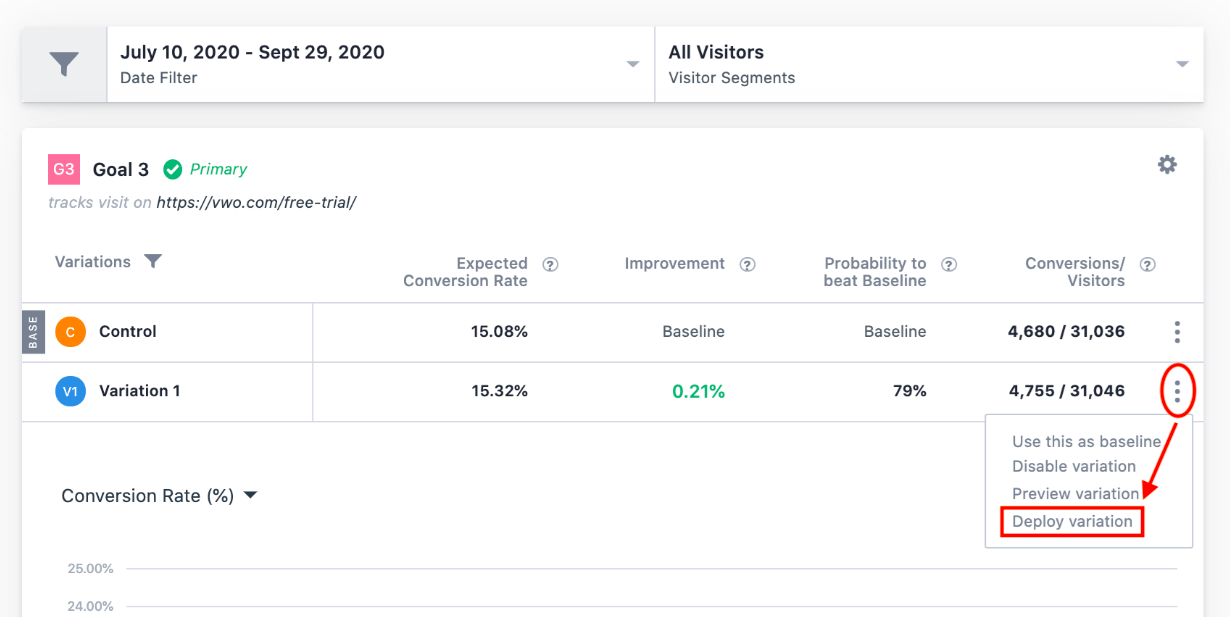 NOTE: You can deploy a variation of a campaign that is running, paused, or archived.

Things to Consider While Working with the Deploy Variation Feature

How Does Quota Consumption Work for VWO Deploy

To learn how does quota consumption works in VWO, refer to VWO Deploy Quota FAQs.

Putting It to Work

To deploy the winning variations (or any other variation) of a test in VWO, perform this: